Home
ISP Turkey
What is GPON?

The question of what is GPON is a current question that has started to be asked in our country with the developing infrastructure and increasing internet needs. In short, we can call GPON “fiber internet to the home”.

Copper infrastructure Today, it has begun to fall short of meeting the increasing internet needs, speed and capacity demands. In the first stages, all DSLAMs in the switchboard buildings were replaced with VDSL ports. Afterwards, cabinets with VDSL ports and “fiber internet” written on them started to be placed in the neighborhoods. As the days passed, the capacities in the neighborhoods began to fill up and these cabinets began to fall short. Türk Telekom has started to install cabinets with DSLAM in almost every street in order to meet the increasing demands. While DSLAMs and special ports were already being installed in large sites, when the demands started to increase, DSLAMs were installed inside the apartments. In order to meet the demands and costs, Türk Telekom has started to provide internet at 100 Mbps and 1000 Mbps by installing switches in the buildings and pulling Cat6 cables to the houses. But these switches were also a problem, because a cabinet had to be installed for each switch, 2 core (two hairs) fibers had to be drawn up to the cabinet, and the electrical network was required. In the event of electricity problems in the apartments, the internet of the users in the whole building was cut off.

This is where GPON comes into our lives. Another name for GPON is FTTH.

GPON is the name given to the infrastructure model where the fiber cables coming from the switchboard come up to the flat via passive splitters and come directly to the modem or to the modem.

Fiber cables coming out of the routers called OLT in GPON technology are dispersed to the neighborhoods and streets in the city, come to the buildings through the panels located between the streets, and are replicated with splitters in the buildings and 1 core (one hair) fiber cable comes to each apartment. This fiber cable enters a device called ONT, and the ethernet cable from this device enters the modem (or router). With the PPPOE authentication method from the modem, the end user has access to the internet.

GPON can be translated into Turkish as passive optical network. The speed that can be accessed from 1 port in GPON is 1.25Gbps. Depending on the capacity and output ports of the ONT, speeds of 100 Mbps or 1000 Mbps can be reached.

Previously, a lower speed old generation technology called EPON was used instead of GPON. Today, GPON OLTs and ONTs, which can reach 10 Gbps speeds, are being tested and will soon be used in the field by Türk Telekom.

Türk Telekom, Turkey’s established internet service provider, currently invests heavily in GPON technology. Now, almost every switchboard has an OLT device and fiber cables are installed in new buildings. Turkcell Superonline and Vodafone have been doing their infrastructure work on GPON for a long time. Currently, TurkNet is making GPON planning for 12 cities.

Apart from large companies, NetSpeed, which started to serve locally in our country and started to grow, started to work on GPON infrastructure in the districts they serve in FarkNet and AtlantisNet. 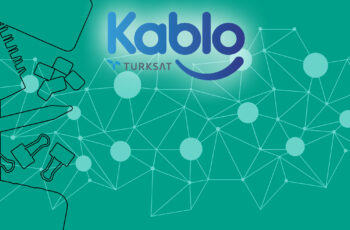 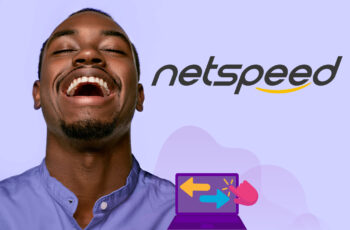 NetSpeed ​​Infrastructure Query is an internet service provider that started …